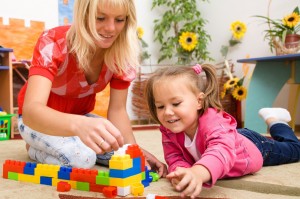 A recent article in the New York Times highlighted the effectiveness of ignoring negative behaviors and praising positive behaviors.

In the article, the mother noted “the results were stunning. Within a week, my son raised his hand to hit me, then dropped it and complimented me on my eyes. He’d quickly learned that he’d only get attention for positive behavior. The aggression stopped — at home. At school, however, his teachers still got all animated when he acted out, so he kept it up.” More information and results of how ignoring bad behavior and rewarding positive behavior can be found in a New York Times article.

Parent-Child Interaction Therapy (PCIT) is an effective treatment for children ages 2-7 who present with Disruptive Behavior Disorders. Teaching selective attention is an important component to this live, in-vivo, evidence-based treatment.

What are Disruptive Behavior Disorders?

How can PCIT help with my child’s behaviors?

Case Example
Joe, a 2 year old male, was referred to treatment due to frequent and intense behavioral outbursts at home which often lasted for 30 minutes to 1 hour. He was also experiencing aggressive behavior such as hitting, and biting, noncompliance, low frustration tolerance, difficulty with self-soothing and anxiety. When Joe and his mother began PCIT, he was experiencing these outbursts on a daily basis, and his mother was experiencing significant distress.

During one coaching session, Joe became annoyed with his mother and began to whine, his mother was coached to ignore this behavior. Joe stomped his feet, and crossed his arms and began to cry, while his mother actively ignored him. When Joe had realized that his mother was not paying attention to this behavior, he quietly and calmly came back to the table to rejoin her in the play. His mother immediately provided him with a labeled praise for a positive behavior he exhibited, thereby ignoring negative behaviors and praising positive behaviors. His mother was surprised at how short his outburst was and how quickly he was able to calm down on his own.

By the end of treatment, outbursts and problem behaviors had reduced in both frequency and intensity. Joe’s mother also reported that Joe’s speech had improved.  Joe’s mother also reported being able to generalize these skills with his siblings and noted decreased problem behaviors with all of her children. Not only was she experiencing less stress overall, she had even noticed that she was better able to enjoy the time she spent with her children.

What else can PCIT help with?