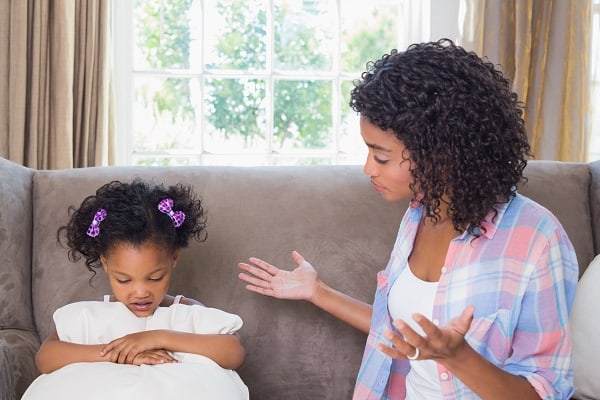 What is an FBA?

The acronym FBA stands for Functional Behavior Assessment.  This refers to a process a behavior analyst completes to understand the function of your child’s behavior. FBAs are a necessary first step to change behaviors that interfere with your child’s ability to learn or function successfully. FBAs are conducted when children are persistently engaging in interfering behaviors that are negatively impacting their functioning and/or educational development. These behaviors can be anything.  They do not need to be violent, but they do need to interfere with a child’s success. For example, a child may be so busy picking at their skin that they cannot take notes in class or look where they are going.  An FBA can be ordered to better understand this behavior. An FBA would also be appropriate for a child who leaves the classroom, demonstrates physical aggression or throws toys. If a behavior is interfering with a child’s functioning, an FBA can help parents to understand why it’s happening and intervene effectively.

Who should perform an FBA for my child?

An FBA requires extensive training and experience from an expert in behavior.  There are a swath of professionals who perform FBAs, but if they have not been trained by a BCBA, this is not appropriate and often leads to a misunderstanding of the true function(s) of a child’s behavior. This is a serious problem because any interventions based on a faulty FBA are likely to exacerbate a child’s problem behavior(s).  Ideally, a Board Certified Behavior Analyst would perform an FBA for your child. Someone studying to become board certified who is directly supervised by a BCBA could also perform an FBA.

How does it work?

A host of direct and indirect measures are used to complete an FBA. The person conducting the FBA will need to observe your child in the setting where the disruptive behaviors are occurring. They also may need to observe your child in environments where the behaviors do not occur. There will be interviews with you, other adults your child interacts with (like their teachers, therapists, etc.) and your child may be interviewed as well depending on their level of functioning. An assessment of your child’s skills may be necessary. ABC Data will be taken, and other assessments may be completed as well. The “ABC” in “ABC Data” refers to “Antecedent, Behavior and Consequence”. A seasoned BCBA will take ABC data to get a clearer picture of what may be triggering or maintaining your child’s behavior. Understanding what happened immediately before a behavior and immediately after a behavior can help us to understand what triggers or maintains a behavior and then we can accurately diagnose how to implement meaningful change. For example:

Antecedent: Billy is sitting alone with his lunch. Billy’s mother is on the phone talking to a friend.

Behavior: Billy looks at his mother and begins to pour his juice on the rug.

Consequence: Billy’s mother hangs up the phone to scold Billy and clean up the mess.

In the scenario above, it appears that the behavior was triggered by Billy’s boredom/his mother attending to something else. The consequence of the behavior was his mother giving him lots of attention in the form of scolding. Therefore, from this observation we might deduce that Billy is engaging in this behavior to gain attention from his mother.

If only it were that easy! Behaviors are usually more complicated than this. In order to get a really accurate picture, a BCBA would need to do multiple observations across settings and scenarios. For example:

Antecedent: Billy is eating breakfast at Grandma’s house. Grandma is sitting next to him.

Behavior: Billy looks at his Grandma and begins to pour his water on the floor

This was the same behavior in a different place, with a different beverage, and a different adult at a different time of day. In this case, the function of the behavior could have been attention in the form of a reaction from Grandma, but it could also have been access to chocolate milk. If every time Billy pours out juice with Grandma he gets chocolate milk, he might be trying to generalize this to Mom. So now, from these two observations, we see the behavior may be triggered a desire for attention, but could also be maintained by access to chocolate milk. It could be happening for both reasons, or just one. More observations are necessary to come to conclusion that is likely to be accurate.

What is a BIP?

So once we know the function—what do we do? This is where the BIP comes in. BIP stands for Behavior Intervention Plan. A BIP cannot be designed for your child until an FBA has been completed. The reason for this is clear—if we do not know why a behavior is happening, we can’t accurately address it. Your child likely needs a BIP if they have a behavior that warrants an FBA.

Here is an example of a BIP for Billy without an FBA:

Billy has been throwing his drink on the floor. This must be because he likes the sound it makes when it splashes. We should let Billy splash in the sink before lunch, so he won’t need to throw juice on the floor.

We know from the data we’ve collected during our FBA that the possible functions of the drink-throwing behavior are attention and access—so designing a BIP based on an alternate sensory function will not likely be effective in reducing this behavior.  Using the results of our FBA, we can design effective proactive and reactive strategies to reduce this behavior.

Now we can create a BIP from our FBA data with Proactive and Reactive strategies.

Proactively, we can teach Billy to request for chocolate milk, and provide him with attention during meals so he does not feel the need to throw juice. If Billy still throws his juice, our reactive strategies will be to have him clean it up while providing him with as little attention as possible. An alternate beverage will not be offered.

This plan proactively addresses what we suspect are the function(s) for Billy’s behavior without reinforcing the behaviors which would make them more likely to reoccur. Since we are addressing the actual functions of this behavior, it is much more likely to extinguish the drink throwing behavior than having him splash in the sink before lunch.

A real BIP would be much more complicated than this. BIPs should be designed to fade until they are no longer necessary for a child to successfully cease engaging in the interfering behaviors. BIPs often need to be amended after being implemented. Even when a BCBA has done a thorough FBA, until a BIP has been implemented they cannot see how effective it will be. Data should be taken to ensure that a BIP is effective, and if it isn’t, it can be modified accordingly. This data should be taken every time the behavior(s) occur. If a change isn’t seen in a timely manner, the BIP should be amended. It is important that BIPs be closely monitored because if they aren’t working, the risk exacerbating the target behaviors.

If you think your child may need an FBA, a BIP or both, we are here to help you!