I wrote this article to help parents better understand child & adolescent counseling and the importance of setting limits early to prevent future problems.

It’s Good to be Firm with your Child
by Dr. Joshua Rosenthal

Adolescence can be a difficult time for everyone. Hormone surges, peer pressures, and emerging adult responsibilities create temptations and turmoil. Adolescents test teachers and parents and experiment with sex, drugs, and independence. Parents feel overwhelmed and powerless, unsure of how to set limits or boundaries. Adolescents respond with more defiance and turmoil. Everyone feels out of control. There is avoidance, silence, and/or yelling. No one feels understood.

How do children become spoiled, unable to accept “no”, and/or out-of-control? How do parents become powerless and unable to set limits? How does a family become overwhelmed with tension and chaos? 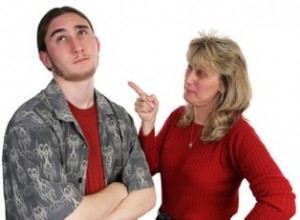 Adolescents rarely develop behavioral problems overnight; rather, such difficulties are typically learned over time from interactions within the family. As a result of neglectful or overbearing experiences with their own parents, some parents believe it is “mean” or “cruel” to say “no” to their child, and in turn, give in to the majority of their requests for special foods, presents, and attention. In instances when these parents try to say “no,” they do so in an insecure or passive manner. Naturally, the child feels frustrated when they don’t get what they want, and they fight back by throwing tantrums. Secure parents would ignore the tantrums and hold their ground by continuing to set firm limits. However, parents who are less secure might feel guilty about saying “no” and feel emotionally unable to withstand the child’s crying and physical displays of agony. Eventually, the parents become so frustrated, scared, or powerless that they succumb, which reduces their anxiety about “hurting” their child. This “escape” behavior, in turn, reinforces the likelihood that the child will tantrum and parents will give-in next time there is disagreement. This transaction occurs over and over as the child ages, each time reinforcing both parties to continue their role.

Most requests of young children can be managed. This is why appropriate discipline and limit setting should be introduced as early as possible. As the child intellectually and physically matures, however, their demands quickly become unmanageable. They might demand expensive gifts for little or no effort, refuse to go to school, and refuse to comply with chores or requests from their parents. And when their parents try to set limits, the adolescents may threaten to hurt themselves or others or use physical force.

We often hear about bullying in schools among peers, but the same type of bullying can also occur between out-of-control adolescents and their parents. Interestingly, sometimes the same adolescents who bully their parents at home are angels at school. This is the case because of the limit setting, boundaries, and authoritative style of the teachers and school staff. Effective teachers and mental health professionals know that being firm is more beneficial to your child than giving in. When children know negative behavior will not get them what they want, they are forced to learn alternative behaviors. Simply put: people do what works.

It may seem counter-intuitive, but as much as children hate hearing “no,” they actually need their parents to be firm and set limits. A parent who gives their child everything they ask for or gives in to every demand is teaching their child three harmful lessons. First, the parent is teaching the child that they are uncomfortable with assertiveness and unable to say “no” because they, themselves, can’t handle their own feelings that arise when their child becomes upset. As a result, the child views their parents as weak and doesn’t feel safe and protected, and reacts with more anxiety and frustration. Second, the parent is preventing the child from learning how to build frustration tolerance and effective self-soothing skills. Managing one’s frustration is both an internal (thinking) and external (behaviors) process that children need to mature socially, emotionally, and interpersonally. Third, constantly giving in to tantrums and threats teaches children to use such negative behaviors to get their needs met. They learn that escalating will scare people into giving them what they want. Overall, setting limits and saying “no” is one of the best things parents can do for their children to prevent them from becoming troubled adolescents.

When a parent feels ineffective or that their child is developing negative behaviors, they shouldn’t hesitate to seek professional help from a mental health professional (e.g., child psychologist or child psychiatrist), preferably one trained in cognitive-behavior therapy. Psychotherapy with children and adolescents is difficult for several reasons. First, they often don’t want to be in treatment but come because their parents are “forcing” them. This attitude can interfere with their initial desire to engage with the therapist. Second, being forced into treatment can create immediate distrust and skepticism about the therapist’s intentions. Third, many children don’t yet have the emotional skills to communicate what they think or how they feel, which makes them feel frustrated. Altogether, this can make treatment with children and adolescents quite challenging.

The key to working with adolescents (and patients in general) is forming the therapeutic alliance, which refers to the strength of the relationship between patient and therapist. If this bond is weak or one-sided, treatment is unlikely to progress or be successful. Another key is being flexible. At the start of treatment, the adolescent may not talk or talk much. It is the therapist’s job to stay focused and follow the adolescent where ever the session goes. Some adolescents prefer to talk about mundane topics or play games. If the therapist knows how to use such material in a clinical manner, this can easily open the door to emotional communication about deeper topics. Flexibility can also mean knowing how/when to offer different modalities. For example, it may be more helpful for an out-of-control adolescent for the therapist to only work with the parents in the beginning to build up their parenting skills. Treating a child or adolescent whose parents have different or conflicting disciplinary styles can interfere with the child’s progress and should be addressed as early as possible.

The following case example illustrates the importance of seeking professional help and firm parenting. The names have been changed to provide anonymity.

Mike was 10 years old when I first met him. He was tall and slightly overweight for his age. His mother, Sarah, who was roughly the same height, brought him into treatment for school refusal and aggression at home. With children under 13, I normally meet with the parents first to assess their parenting styles and gather information about the child. When I asked Sarah why her husband, Jack, was not present for the intake, she said he got caught up at work.

As the mother and son entered my waiting room, I noticed quickly there was a major power imbalance. Mike was yelling at his mother and making demands. Mike did not want to be at therapy and grabbed the car keys. Sarah passively tried to stop Mike by negotiating and pleading with him to stop behaving badly. Mike stormed out of the room. Sarah affirmed that Mike had run away before and that he always remains safe. As is advisable in most cases of when children angrily “walk out” but remain safe, I urged Sarah to not chase him and to enter my office to begin our evaluation.

Once alone, I asked about Mike’s behavioral problems at home and school, and assessed Sarah’s parenting style for strengths and weaknesses. Sarah reported that Mike had significant behavioral and emotional problems at home, including both verbal and physical aggression. Moreover, Sarah reported that Mike had partially choked her during the car ride to my office. In addition, Mike was often truant and refused to attend school. However, once he made it to school, he was behaviorally and academically fine. Finally, there were poor family boundaries. Sarah was estranged from her husband; they slept in different bedrooms. Furthermore, Mike and Sarah slept in the same bed. Mike’s older brother and father spoke disrespectfully to Sarah, often in front of Mike.

I told Sarah that Mike was not ready for individual therapy because there was not enough parental discipline at home. I believed that Mike would continue to sabotage therapy as long as he felt more powerful than his mother. I told Sarah that we would need to meet without Mike for several weeks to improve her parenting skills and assertiveness.

For the next 8 weeks, we examined the origins of Sarah’s parenting deficits and practiced specific techniques for dealing with Mike’s negative behaviors. Sarah acknowledged wanting to please Mike and others in her life. In addition, she reported feeling very unhappy in her marriage, and that she was inadvertently relying on Mike for much of the friendship and emotional connection not provided from her husband. We challenged Sarah’s automatic, irrational thoughts that saying “no” to Mike would cause him irreparable harm. We also role-played on how to handle difficult situations, including what to do when Mike becomes verbally and physically aggressive.

As Sarah reported increasing confidence and assertiveness at home with Mike, I asked Sarah to bring Mike with her to our therapy session. When Mike arrived, he was in much better control than our first meeting. The three of us discussed how therapy had helped Sarah be a better parent and that is was now Mike’s turn “to learn new ways to feel less angry.” Mike initially refused and raised his voice in protest, but softened when Sarah firmly and calmly repeated why therapy was necessary and that Mike would receive rewards each week for attending. Over the next several months, Mike and I explored all the different scenarios that angered him at home and practiced relaxation and communication skills for better managing his feelings. Overall, Mike’s individual therapy, coupled with Sarah’s intermittent parent training checkups, helped restore the power imbalance between Mike and Sarah and improve Mike’s behavioral control.