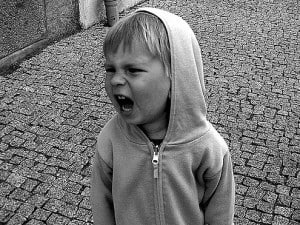 Oppositional Defiant Disorder (ODD) is characterized by symptoms and behaviors that fall into three different categories including:

According to the Diagnostic and Statistical Manual of Mental Disorders, Fifth Edition (2013), the prevalence of ODD ranges from 1% to 11%, with an average prevalence rate of 3.3%. The disorder is more prevalent in males than in females before adolescence, but then evens out in adolescence and adulthood. The first symptoms of ODD often arise during the preschool years with their frequency often increasing during this time and into adolescence. ODD may also precede the development of conduct disorder and increases the risk of developing anxiety disorders and major depressive disorders as well. Risk factors for developing ODD include temperamental factors that lead to emotional dysregulation; harsh, inconsistent, or neglectful parenting practices; and a number of neurobiological markers (e.g., lower heart rate and skin conductance reactivity; reduced basal cortisol reactivity; abnormalities in the prefrontal cortex and amygdala).

What are the most effective and evidence based treatments for ODD?

Due to the stress that this disorder can cause in the individual as well as those around him/her, and the comorbid conditions that may develop such as anxiety and depression, early intervention is crucial. According to the American Academy of Child & Adolescent Psychiatry (2009), Oppositional Defiant Disorder treatment usually includes a combination of:

According to Comer, et al. (2013) behavioral treatments that target behavior problems indirectly through helping parents develop different parenting techniques with the goals of increasing in-home predictability, consistency and follow through, and effective discipline have been the most studied forms of psychosocial treatment for ODD. These treatments help parents end negative coercive cycles through helping them increase positive attention for appropriate behaviors, ignore negative attention-seeking behaviors, and provide consistent time outs for noncompliance. Some of these best practices include:

As this is not an all-inclusive list of treatment options for ODD and research is continually being done in order to identify current best practices, it is important to keep an eye on the literature in order to ensure that the best approach is being used. Although having a child with ODD can be stressful and trying, as one can see, there are a lot of treatment options that have been identified as being highly effective in decreasing oppositional and disruptive behaviors and therefore progress can be made.