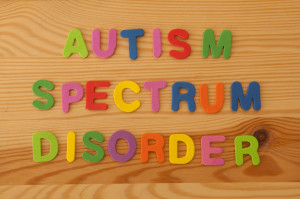 Autism Spectrum Disorder (ASD) describes a developmental disability ranging in severity from mild to severe in areas of social interaction, verbal and nonverbal communication, and repetitive behaviors.1,2 Obvious signs of ASD usually appear between ages 2 and 3.1

Symptoms seen in children with ASD include the following in varying severity:1,2,3

The causes of ASD are still under study, but scientists have listed the following as risk factors:1,2,3

The Centers for Disease Control reports 1 in 68 American children fall within the autism spectrum.1 Autism often looks different in girls than in boys according to the Simons Foundation Autism Research Initiative. Researchers have found that girls show more irritability and acting out behaviors than boys with ASD on average do.4

There are several conditions that can occur in children with ASD which include:1,3

What can be done to treat Autism?
While there currently is no cure, best outcomes are often achieved through a comprehensive treatment plan which includes behavioral treatments, social skills training, parent training, and medicine when necessary to help specific symptoms. Significant improvements in ASD symptoms are most often reported after intensive early intervention (between birth and 36 months of age).1,2

An editorial published in Autism Research Review International highlighted how much stress mothers of children with ASD especially, can experience.5 Seeking treatment for children with ASD and their family members can lead to better understanding, coping, and education within families.