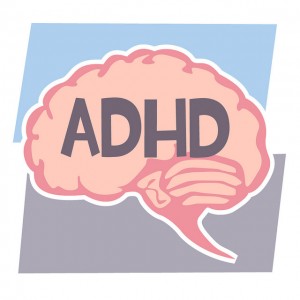 Attention Deficit Hyperactivity Disorder (ADHD) is a neurodevelopmental behavioral disorder characterized by a persistent pattern of inattention and/or hyperactivity-impulsivity. In order to be diagnosed with ADHD, symptoms must be present before the age of 12, be clinically significant in at least two settings (e.g., at home, at school, in social settings), and cause functional impairment. There are three types of ADHD: Hyperactive-Impulsive Type, Inattentive Type, and Combined Type (requiring symptoms of both inattention and hyperactivity/impulsivity).

What are the symptoms of ADHD?

Who is typically diagnosed with ADHD?

Currently, ADHD is the most commonly diagnosed pediatric behavioral disorder, affecting 11% of school-aged children, and studies suggest that 9.2% of boys and 2.9% of girls demonstrate behaviors consistent with the diagnosis. Boys are most likely to be diagnosed with the disorder than girls, and girls are more likely to manifest the disorder with symptoms of inattention as opposed to symptoms of hyperactivity/impulsivity most commonly found in boys.

What are some of the causes of ADHD?

Though a strong genetic component has been found, ADHD is complex and may be the result of a number of different factors, and does not have one single cause. Some environmental factors which may increase the likelihood of developing ADHD is exposure to lead or pesticides as an infant or toddler, premature birth or low birth weight, and brain injury. Parenting style, family stress, and exposure to trauma are all factors that do not cause, but may exacerbate symptoms of ADHD.

Children with ADHD often experience difficulties academically, in peer groups, and may exhibit challenging behavior at home. These children are at risk for problems in adolescence and adulthood, including difficulties with maintaining relationships, substance abuse, and other comorbid problems, and therefore treatment early on is essential, to help them be successful in adolescence and adulthood.

What are the most effective and evidence based treatments for ADHD?

Treatment of ADHD often requires a multimodal approach, which would include a number of different modalities, such as medication, behavioral interventions, and skills training. Below are evidenced based treatments for children with ADHD.