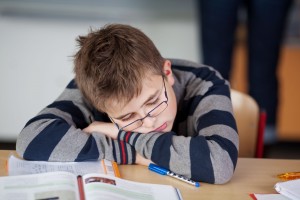 Are Natural Consequences Effective?
The most useful aspect of a natural consequence is the fact that it allows children to directly learn the consequences of their actions. Because of this, instead of learning that they cannot do something because it will then lead to their losing something that is unrelated (e.g., losing iPad time for not doing their homework), they instead learn the direct result of their actions. In addition, using natural consequences can be a great way to alleviate the power struggle between a child and parent, as the parent refrains from insisting on the alternate behavior and arguing about it, and instead allows the natural consequence to take place.

For What Age Groups are they Effective?
Natural consequences become effective once a child can understand the relationship between their behavior and the result (i.e., cause and effect). If a child is too young to understand this, the natural consequence will be ineffective. For this reason, teenagers are often a prime age group for this type of intervention, as the parent-child struggle for control often heightens at this time and therefore avoiding the argument and instead allowing the natural consequence to take place can be highly effective. It is important to note though that natural consequences should only be allowed when it is safe to do so, as allowing a child to engage in risky behaviors that could result in injury or harm would be contraindicated.