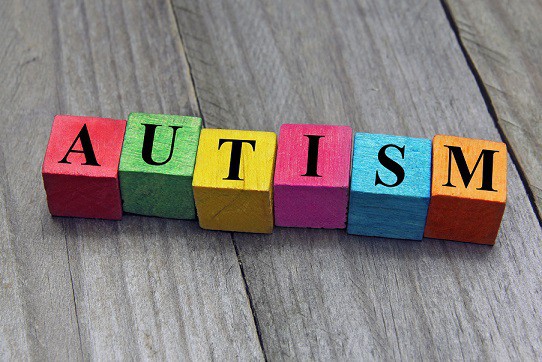 Homeopathy was developed in Germany in the late 1700s by a man named Samual Hahnemann.  It is a practice of healing techniques based on the theory that the body is naturally equipped to relieve itself of unwanted symptoms—it just needs assistance from the right sources.

Homeopaths administer naturally occurring substances to patients, which they believe facilitates the body’s natural processes to counteract specific ailments.  At a broad level, homeopathy practitioners’ try to treat symptoms by understanding how the body functions as a whole.

What is homeopathic medicine?

Homeopathic medicine involves directly administering natural substances in medicinal form. Substances are diluted with alcohol or distilled water, a process homeopaths call “dynamization” or “potentisation” and then shaken thoroughly, called “succession”. Substances that do not dissolve on their own, such as stones, are crushed, and ground with lactose.

Hahnemann believed that the process of making homeopathic remedies activated the “vital energy” of the diluted substance, and successive dilutions would make them more powerful. Scientists are skeptical of this because, at commonly used dilutions, it is unlikely that any molecules of the original substance will remain.

It is important that you consult your physician before taking these medicines, because certain dosages of natural substances can be harmful or even fatal. The FDA regulates homeopathic medicines for this reason.

Are there reasons to try homeopathic remedies to resolve ASD?

Homeopathic medicine, when approved by a doctor and used in conjunction with a research-based treatment, should not hurt your child with ASD.

There is currently no evidence to suggest that these treatments are effective, but if it your pediatrician confirms it is safe, it should not hurt to try.

Are there reasons to avoid to employing homeopathic remedies for ASD?

To elaborate, there is no empirical evidence to suggest that homeopathic medicines work. Right now, empirical studies investigating the efficacy of homeopathy indicate it is ineffective. Homeopathy has been around for over 300 years. If there was evidence it was effective, scientists probably would have found it by now. Empirical evidence requires replicability, observation and data.

There are anecdotal (stories of success without any data or further proof) of homeopathic medicine being effective, but scientists require more than a correlation before declaring something effective.

Other Complimentary/Alternative Treatments for ASD

There are dozens of “complimentary/alternative” treatments for ASD. Auditory integration, chelation therapy, yoga therapy, music therapy, dietary supplements, craniosacral massage, chiropractic manipulation, transcranial magnetic stimulation, and more. These are considered “alternative” treatments because they are not based on the principles of evidence-based medicine, and/or studies of the efficacy of these treatments are not judged by standards of scientific research.

Randomized controlled clinical trials, and meta-analyses supporting these treatments are not available. If you want to employ one of these treatments, do not do it at the expense of an evidence-based treatment and confer with your child’s medical provider first.

Should I put my child on an “Autism Diet”?

Some care providers recommend children with ASD eliminate gluten and/or casein from their diet. This can be recommended for children who already have gastrointestinal issues.

Casein is found in dairy products. There are families who report that when they remove this protein from their children’s diets, their ASD symptoms improve. Pediatric gastroenterologist, Kent Williams, MD, of Nationwide Children’s Hospital, in Columbus, Ohio says that there is not clear evidence to support this and further research needs to be done.

This research is currently underway. Some experimental studies have found that a casein free diet can improve symptoms. As with all treatments—one should consult a pediatrician or medical specialist before implementing a major dietary change.

Gluten is a protein found in seeds of wheat and other grains including barley and rye. It is commonly found in foods like breads, crackers and pastas. Individuals with celiac disease (roughly 1% of the population), are advised to avoid gluten because it triggers an intestine-damaging immune system response.

Gluten is also something people who are allergic to wheat need to avoid. Individuals with a wheat allergy or celiac disease can develop inflammation in their small intestines leading to abdominal pain, uncomfortable bowel movements, chronic fatigue, difficulty processing, headaches and more. A third group of people exist who do not have these diseases, but notice that they feel better when they avoid gluten. Experts refer to individuals in this group as having the condition “non-celiac gluten sensitivity”.  Colloquially, most people know it as “gluten intolerance”.

The Celiac Disease Foundation defines Non-Celiac Gluten Sensitivity as having any of symptoms of celiac or wheat allergy (“foggy mind”, depression, ADHD-like behavior, abdominal pain, bloating, diarrhea, constipation, headaches, bone or joint pain, and chronic fatigue) when one has gluten in their diet and is not diagnosed with celiac disease or wheat allergy.  The symptoms improve after one keeps a gluten-free diet, and return once gluten is reintroduced into one’s diet.

Some researchers such as Dr. Alessio Fasano, director of the Center for Celiac Research and Treatment at Massachusetts General Hospital, have suggested that some people who feel they are “gluten intolerant” are actually just sensitive to more than one ingredient in grains, and things besides just gluten are triggering the immune response.

Most children with ASD do not have celiac disease or a wheat allergy.  If they do have symptoms of non-celiac gluten sensitivity when they eat gluten products, they are often labeled “gluten intolerant”.  The most commons symptoms of gluten intolerance include: bloating, stomach pain, diarrhea, nausea, and fatigue.

Evidence that implementing a gluten free diet can improve symptoms of ASD is mixed. It is important to always consult with your child’s pediatrician before implementing major dietary changes like a gluten-free diet.

What is the bottom line?

There is no reliable research indicating that homeopathic remedies can improve symptoms of ASD.

In fact, certain homeopathic treatments could potentially be harmful. There is also limited and conflicting evidence around other complimentary treatments. Responsible caregivers should have some empirical research backed evidence to support the ASD therapy or medicine they choose to implement for their child before trying any form of alternative treatment.

If you heard of a treatment you want to try that is not empirically backed, always consult with your child’s doctor first.  No matter what, caregivers should use homeopathic treatments in conjunction with a research backed treatment—i.e. ABA Therapy!