Theresa M. Hutchinson is a Special Educator living and working in the Bronx, New York. She studied Child Psychology at the College of New Rochelle in New York, where she received her Bachelor of Arts Degree. Her passion for Child Behavior studies and Early Childhood development and education began when she was challenged with her own child’s language delays as well as other mental challenges. She continued her education at Mercy College and obtained her Master of Science Degree in Middle Childhood Education with Students with Disabilities. After this, Theresa began working as a Special Education Teacher Student Support Provider (SETSS) within the Department of Education (2006). It was there that her interest grew in Applied Behavior Analysis as more students were entering her class as children on the Autism Spectrum. They became her first teachers.  It was there that she learned more about Applied Behavior Analysis, Functional Behavior Assessments and Behavior Intervention Plans.

Theresa started working in Applied Behavior Analysis (ABA) as a therapist with a private company along with intense training, supervision and resources. It was this experience that catapulted her into the field in 2010.  She continued to develop skills through explicit training and guidance while working with students as a SETSS Provider within the Department of Education, which was her first passion. It was at that time that she discovered the intense need for these students to gain skills in literacy and, as a result, returned to study at Mercy College where she earned her second Master of Science Degree in Teaching Literacy from Birth to Grade 12 (2013).

While working as both an ABA service provider and SETSS provider, she maintained and supervised staff members and collaborated with others (general education teachers, staff members, parents, principals, social workers and psychologists) in order to ensure and provide the best quality education for students on the Autism Spectrum while they sat in general education classrooms. Theresa has a strong background in SETSS, providing specially designed and/or supplemental instruction to support students on the Spectrum. These services are designed to be flexible while helping students remain in their general education settings, utilizing the combined expertise of parents and general education teachers, social workers and psychologists. 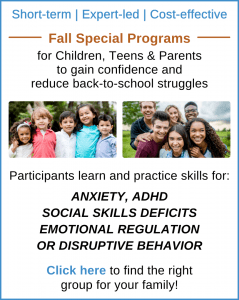