What is Anger in Children and Teens?

Anger is an emotion that is temporary and combines physiological arousal and emotional arousal. Healthy anger occurs when the intensity of the feeling matches the event, and the anger is managed appropriately.1 Anger has three components, physical, cognitive, and behavioral.2

Signs your child needs help with their anger4,5 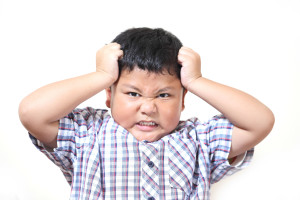 The severity and frequency can vary from child to child depending on the basis of their anger. Some children show intense anger and erupt quickly and intensely in reaction to an adult setting limits, teasing, a minor criticism, or playing a game when the outcome is not favorable or the rules are in question. These children become totally consumed by their anger during intense periods of screaming, hitting, kicking, biting, etc. that can last an hour, with the child unable to be distracted and tuning out soothing words of others. Some children dealing with anger can otherwise be sweet and cooperative, other children express anger on an ongoing basis.3

What causes Anger in Children and Teens?1

Anger can be triggered by any number of causes. Below are some underlying reasons children may be dealing with anger:

What can be done to treat Anger in Children and Teens?

Uncontrolled eruptions of temper negatively affect relationships, friendships, and school.7 Helping your child learn to deal with anger in a healthy way has many benefits. In the short term it stops anger from causing your child and your family distress. In the longer term, it helps them learn to solve problems and cope with emotions.6 With help, these children become “assertive”and capable of communicating their frustrated feelings clearly and appropriately, preferring to seek solutions and capable of compromise . As adults they’ll be able to move through their anger quickly and resolve conflicts.2

Treatment for children and teens in behavioral or group therapy usually focuses on:8

Some ways parents can help:4.6