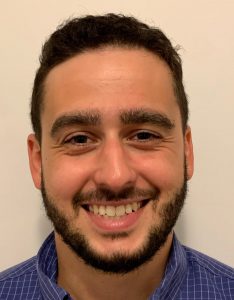 Michael Puleio is a Licensed Behavior Analyst (002100) living in Queens, New York.  He earned a Bachelor of Arts degree in Psychology from the University of Connecticut in the fall of 2016 and graduated from the honors program.  He then returned to his hometown of Long Island and went on to earn a Master of Arts degree in Behavior Analysis from Queens College in the spring of 2020.
Michael received his first experiences in ABA while working as a teacher’s assistant at a special education school during the summer after he graduated high school.  This inspired him to pursue a career in ABA in college, leading him to internships, research, and jobs in the field in Connecticut, New York, and Massachusetts throughout undergraduate and graduate studies.  He then completed all requirements for Licensure and was approved by New York State in April of 2021.
Michael has been passionate about working with children and ABA throughout his entire adult life.  He feels that the impact that we have on the population we work with is of utmost importance and improving the lives of each child and family that we service will always be the priority.  Some of his greatest experiences have come from the people he has connected with on his path from a teacher’s assistant to an LBA.