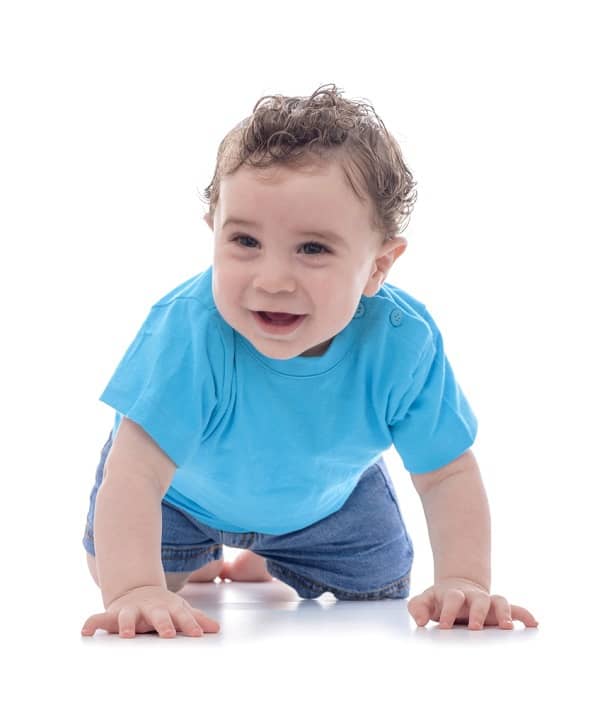 It’s the middle of the afternoon and Mary’s 16 month old son just won’t settle down.  No matter what she tries to do, he just continues to cry, fuss and reject her efforts to soothe him.  She knows that he’s not hungry or tired, but cannot figure out what he needs.  She’s getting frustrated and starts to wonder, “Is this just a phase?  Or is there something going on that I should be concerned about?”

Kevin and Lisa need to get to work, but every time they try handing their 22 month old daughter to the nanny so that they can leave, she arches her back, screams and clings to them.  Once they are able to leave the house, she continues crying and screaming at the door to the point that the nanny does not know what to do.  They go through this every morning, which is becoming exhausting and emotionally draining.  They start to wonder, “Is this just a phase?  Or is there something going on that we should be concerned about?”

Every time Julie tells her 24 month old son “no,” he starts kicking and hitting her.  It can take up to 30 minutes to calm him down and sometimes Julie is so exhausted from dealing with the tantrums that she ends up giving him what he wants.  She starts to wonder, “Is this just a phase?  Or is there something going on that I should be concerned about?”

Jaidyn and Reilly just adopted a 13 month old daughter.  They have read some parenting books, but are encountering some difficulties that they had not anticipated.  They find that when they try soothing their daughter, even if they follow the advice given in the books they’ve read, she often tends to reject them resulting in their having difficulty calming her down.  They start to wonder, “Is this just a phase?  Or is there something going on that we should be concerned about?”

Do any of these scenarios sound familiar to you?  If so, you are not alone, as many parents have encountered the same struggles due to their child’s temperament and/or attachment difficulties.  These parents have become confused, as they may have not encountered these difficulties with their other children or if this is their first child, simply do not know what to do.  Fortunately though, a new treatment modality, Parent-Child Interaction Therapy for Toddlers, has been developed to help parents who are encountering these exact challenges.

What is Parent-Child Interaction Therapy for Toddlers (PCIT-T)?

Parent-Child Interaction Therapy for Toddlers is an early intervention program that involves coaching parents while they interact with their 12 to 24 month old children.  It is an adaptation of the standard Parent-Child Interaction Therapy (PCIT) model that was originally developed for 2 to 7 year-old children with disruptive behaviors.  PCIT-T has modified the standard approaches of PCIT to make them developmentally appropriate for 12 to 24 month old children.  Its techniques are based on the understanding that difficult behaviors in toddlers (e.g., tantrumming, aggression, anger, fussiness) are due to difficulties with emotional regulation (i.e., “big emotions”) rather than deliberate defiance.

How is PCIT-T going to help me more than the parenting books that I’ve already read?

PCIT-T provides both teaching and live coaching of concrete skills that have been proven effective in helping increase emotional regulation and decrease problematic behaviors in toddlers.  It also can increase your toddler’s language skills and encourage him or her to follow directions.  The live coaching component provides the necessary piece that parenting books lack, as although techniques written about may make sense in theory, they can be difficult to implement without the direct guidance of a professional.  In addition, PCIT-T also focuses on helping parents learn relaxation and positive self-talk strategies to use during stressful parenting situations. Learning about these skills and then being coached in using them in the moment that your toddler is experiencing a “big emotion” leads to better learning of the skill and an overall decrease in parental stress.

Could this just be a phase that my toddler is going through?

In short, yes, it could just be a phase, but difficulties with emotional regulation during the toddler years can also be a warning sign of more difficult behaviors to come.  For this reason, early intervention is the best strategy in setting up your toddler for success, as more change and progress in a shorter amount of time can be accomplished during this developmental stage due to negative emotional and behavioral patterns not yet having become overly reinforced and ingrained in nature.  PCIT-T is a short-term treatment modality with an average duration of 8-12 sessions.  This is shorter in comparison to both the standard PCIT modal for older children, which averages 15 to 16 weeks, as well as other parenting programs and behavioral treatments.   Therefore, intervening early on can prevent the need for more intensive and longer treatments down the road.

What types of children can benefit from PCIT-T?

Toddlers with the following behaviors are great candidates for PCIT-T:

Toddlers with language problems can benefit from PCIT-T, as the skills parents learn increase children’s language abilities.  In addition, fussiness, tantrumming, and aggression, along with other behavioral concerns, can sometimes stem from language delays, as the child becomes frustrated due to their inability to communicate with others and therefore resorts to other maladaptive means in order to get their needs met.

Toddlers on the autism spectrum also benefit from PCIT-T as it improves the following abilities that are typically impaired in children with the disorder:

Toddlers who are in foster care can benefit from PCIT-T, as it will lead to a more secure and healthy attachment/relationship between them and their caregivers.   Either a committed foster care parent or birth parent (when reunification is the goal) can benefit from participating in PCIT-T with their toddler.

Toddlers who are in the process of being adopted or who have been adopted can also benefit, as PCIT-T will lead to improved parenting skills in the adopted parent, which will lead to a more secure and healthy attachment/relationship.

Toddlers with a history of abuse and/or neglect can benefit from PCIT-T as these traumatic experiences often negatively impact a child’s ability to attach to a caregiver in a healthy way and can also lead to emotional dysregulation.

How can I get started or find more information?

For more information about PCIT-T you can visit its main website at www.pcit-toddlers.org or visit our practice’s info page at https://manhattanpsychologygroup.com/child-treatment-services/parent-child-interaction-therapy-toddlers-pcit-t-ages-1-2. Our webpage also provides info on how you can initiate PCIT-T services at our practice.